What Is a Conveyor Belt, and How Many Types of Conveyors Are There?

Tags: Belt Conveyor, Gravity Conveyor, Best Gravity Conveyor Models, Conveyor Slave, Aluminum Gravity Conveyor Every time you go to the grocery store or pick up your luggage from the airport you use a conveyor belt! They appear with some degree of regularity in our everyday lives but used even more in production, mining, port, farming,… 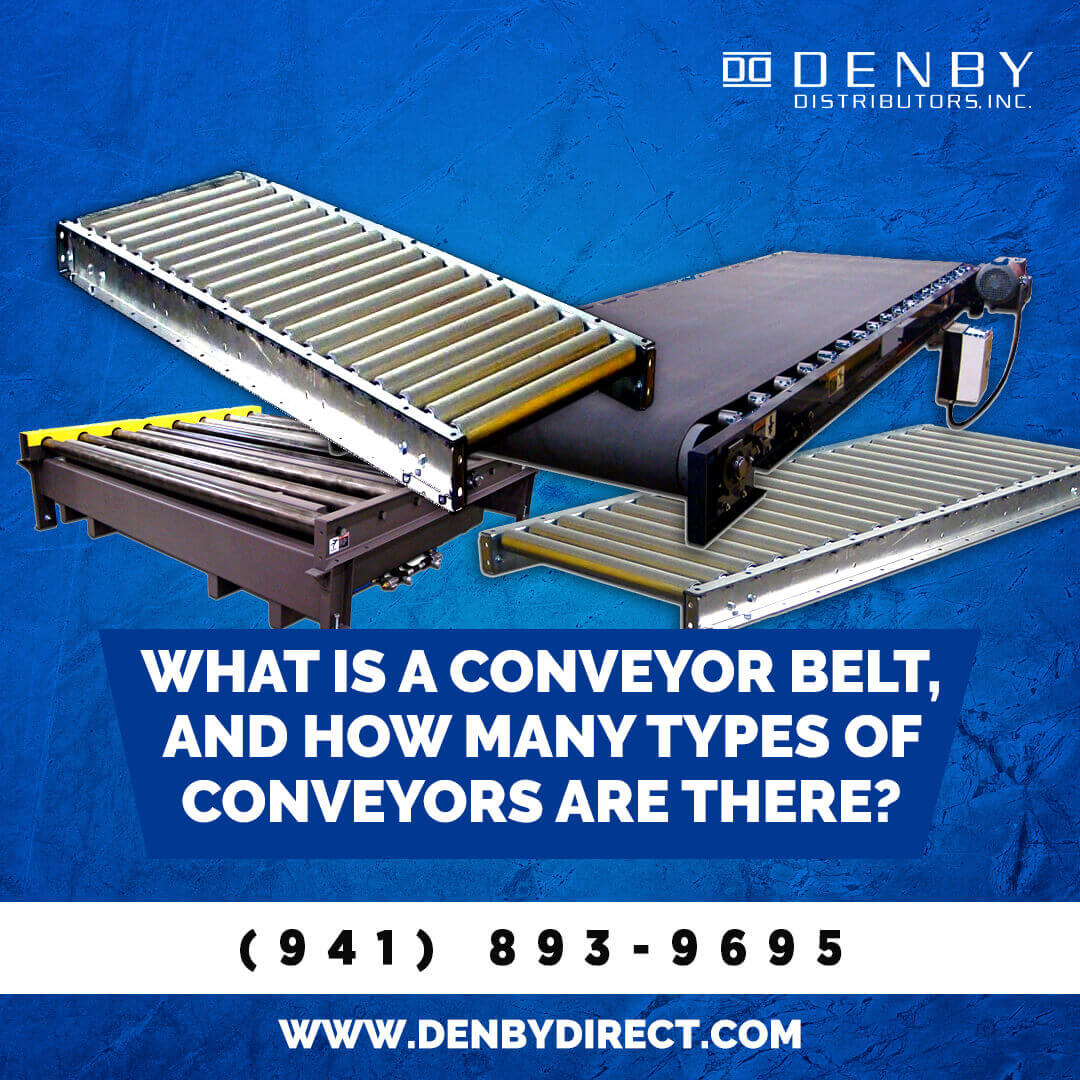 Every time you go to the grocery store or pick up your luggage from the airport you use a conveyor belt! They appear with some degree of regularity in our everyday lives but used even more in production, mining, port, farming, chemical, metallurgy, and warehouse industries to name a few, and that's where things start to look a little bit different.

There are so many specialized conveyor belts for special jobs that we won't be able to cover them all here, but we will go over some of the more common belt conveyors, how they work, and how they're used.

So if you're wondering what is a conveyor belt, read on to transport yourself from the world of unknowing into the world of knowledge!

What Is a Conveyor Belt?

A conveyor belt is a moving belt system that moves materials or goods from one area to another. They are often employed in production facilities on a production line. The belts run in a continuous motion by wrapping around two pulleys at either end.

The belts move in only one direction and move at a variable speed. If the materials need to change direction, the materials must transfer to another belt moving in that direction. They operate on a vertical plane, or a slight incline or decline, depending on the load.

The belts are either plastic, rubber, leather, fabric, or metal. The belt material changes under different operating conditions in which it is to be used. The belts are powered by motors that control the speed of the belt.

A cleated belt conveyor works on a flat plane or an incline/decline. It gets its name from the "cleats" that are positioned horizontally across the belt. The cleats create upright support to move materials with stacking properties.

These are used to transport coal, grain, powders, and other granulated materials. Cleated belt conveyors are used in the metallurgy, chemical, and hydropower industries as their application prove useful for moving materials related to these industries. These belts can also move paste and liquid materials on a slight incline.

You are probably already familiar with a flat belt conveyor. This is what is used at the grocery store checkout line.

In this setup, the active side of the conveyor belt is supported by rollers at either end and a flat slider underneath. The flat slider adds some friction as well as support, so this belt is best used for handling lightweight materials.

The conveyor is usually on the shorter side and used for moving goods such as boxes, bundles, packaging, or lighter materials. These are commonly found in production lines and warehouses.

We have discussed moving materials on an incline already, but specialized conveyor belts to do the job when needed. Generally, the degree of incline does not exceed 18 degrees.

Inclined belt conveyors may use cleats depending on the materials.

These belts are used for transporting materials in the iron and steel, cement, feed, mining, port, electric power, and grain processing industries. Trough belt conveyors are the only option for moving liquid-like materials such as soil, small rocks, and chemical compounds.

Roller bed belt conveyors are comprised of multiple rollers set at a fixed distance determined by the size of the goods to be conveyed. These are used for moving all sorts of boxes, cargo, pallets, and even airport luggage.

These conveyors can work in conjunction with other belt conveyors or on their own. They are either powered or unpowered, with the unpowered conveyors relying on gravity or an external force to move the goods along.

Curved belt conveyors came into existence to solve the problems incurred with transfer stations, which are highly engineered ways to change angles of the conveyor system. A curved conveyor works over long distances and relies on the angle of the idler groups to make the curve.

While less common than straight conveyors, these are helpful in the mining, metallurgy, and port industries where goods need to be carried over long distances.

In a closed belt conveyor system, a specially fabricated belt closes around the transport materials like a tube. The weight of the material helps the belt close and wrap completely around the load.

These conveyors have many benefits, one of which is their ability to go around bends on more than one plane. The closed belt also protects fragile goods from collisions, and it prevents fine material from blowing away by air currents. It also handles corrosive materials well and protects them and the surrounding area from contamination.

While these belts are versatile, their length is limited.

A metallic belt conveyor takes your typical flexible material belt and replaces it with cold-rolled flat stainless steel. The sections of the belt adjoin one another with lap joint rivets that pivot when needed.

The belt sits on rollers or idlers depending on the belt's function and design.

Welcome to the World of Conveyor Belts

Hopefully, by now you are no longer wonder what is a conveyor belt and have a good understanding of what they are, how they work, and the function they serve. Conveyor belts improve production in many industries by quickly and easily moving goods from one area to another. Many of the machines used in manufacturing the products we use every day employ the use of conveyor belts.

Contact us if you have questions regarding conveyor belts or any other product we sell!

We can keep you moving!

For all of your gravity conveyor needs, contact us.